I bought a copy of Sarah Boucher’s debut novel Becoming Beauty when I met her at Salt Lake Comic Con in 2015. Since my twelve-year-old daughter loved the book, I jumped at the chance to participate in the blog tour for Sarah’s follow up novel, Midnight Sisters, a retelling of Twelve Dancing Princesses. 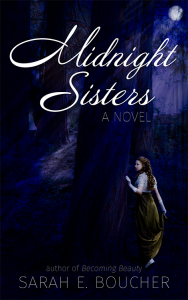 The words rattled around Jonas’s head. What was the punishment again? Death? Dismemberment? Jonas, the newest addition to the gardening staff, couldn’t recall the exact penalty for breaking the rule. What does it matter anyway? He would never dream of meddling with the Earl of Bromhurst’s haughty daughters.

Until he comes face to face with Lady Ariela, the eldest of the Master’s daughters.

Her elusive smile and open manner cause him to question his convictions. In no time, he’s drawn into Lady Ariela’s world of mystery and intrigue, a world where she and her sisters will do anything—including leaving twelve empty beds at midnight—to escape their father’s strict rules.

Only Jonas can uncover the truth and save them from their father’s wrath and their own folly, if he is willing to risk everything he’s ever worked for. 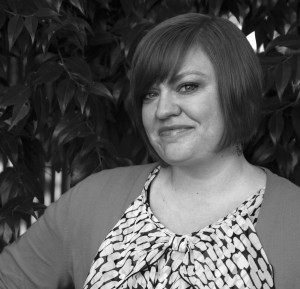 Sarah E. Boucher is a lover of fairy stories, romance, anything BBC and Marvel, and really, really cute shoes. On weekdays she wears respectable shoes and serves as Miss Boucher, the Queen of Kindergarten. On school holidays she writes stories about romance and adventure. And wears impractical super cute shoes.

Sarah is a graduate of Brigham Young University. She lives and works in northern Utah. Midnight Sisters is her second novel. Visit Sarah at SarahEBoucher.com or connect with her on Twitter, Facebook, Instagram, Pinterest, Amazon, or Goodreads.

While I enjoyed Boucher’s writing style, I had a bit of trouble connecting with the characters in this story. Part of the problem for me was the enormous cast. The story is told from the perspective of Jonas, one of the gardeners who works for Lord Bromhurst, the overbearing father of the 12 dancing girls. I wasn’t familiar with the original story, and only getting to see the girls through the limited, “keyhole” eyes of Jonas didn’t give me a clear picture of any of them.

The plot was well thought out, and the surprises along the way were fun. I only wish I could have read the whole thing from Ariela’s perspective and that more of the secret garden conversations between Jonas and Ariela could have been given in full at the beginning and middle of the story, instead of just being referred to. It really would have helped me fall in love with Jonas more.

The action picked up near the middle of the novel, and there was plenty of tension to keep me reading. By the end, I was rooting for the unlikely couple and the final pages didn’t disappoint.

Overall, this was a good, clean romance that my twelve-year-old and I could both enjoy.

To purchase copies of Ms. Boucher’s books, follow the links below.

Becoming Beauty (The eBook is $0.99 during the duration of the blog tour)
Meet Canela:

I sniffed and tipped my chin upward. “It’s only cheating if you get caught.”

Estella shared a look with Frizella.

“Besides,” I continued, “it’s my game. I make the rules.” I flicked a red lock of hair over my shoulder.

Frizella shared a look with Estella. Together they said, “But you agreed to the bet.”

I pursed my lips. “Then naturally I’d do anything to win.”

“Including flirting with the stable boys,” Frizella accused.

“And bribing our ladies’ maids with sweets,” Estella added.

“It’s not my fault they’re so easily persuaded.” I replied, examining my nails.

They turned identical glares on me. “You cheated,” they said in unison. “Now you owe us ribbon money.”

I don’t care what anyone said, it was creepy when they did that. “I owe you nothing. Johnny brought me flowers, didn’t he? Just like I said he would. I won the bet fair and square.”

“But he was our boyfriend!” they wailed.

I folded my arms over my chest. “It’s time you learn something, ladies. If something belongs to you, you don’t let go of it. Ever.”

The sounds of blubbering began. “Now, if you don’t mind, I believe Johnny is waiting for me in the woods. Good afternoon, girls.”